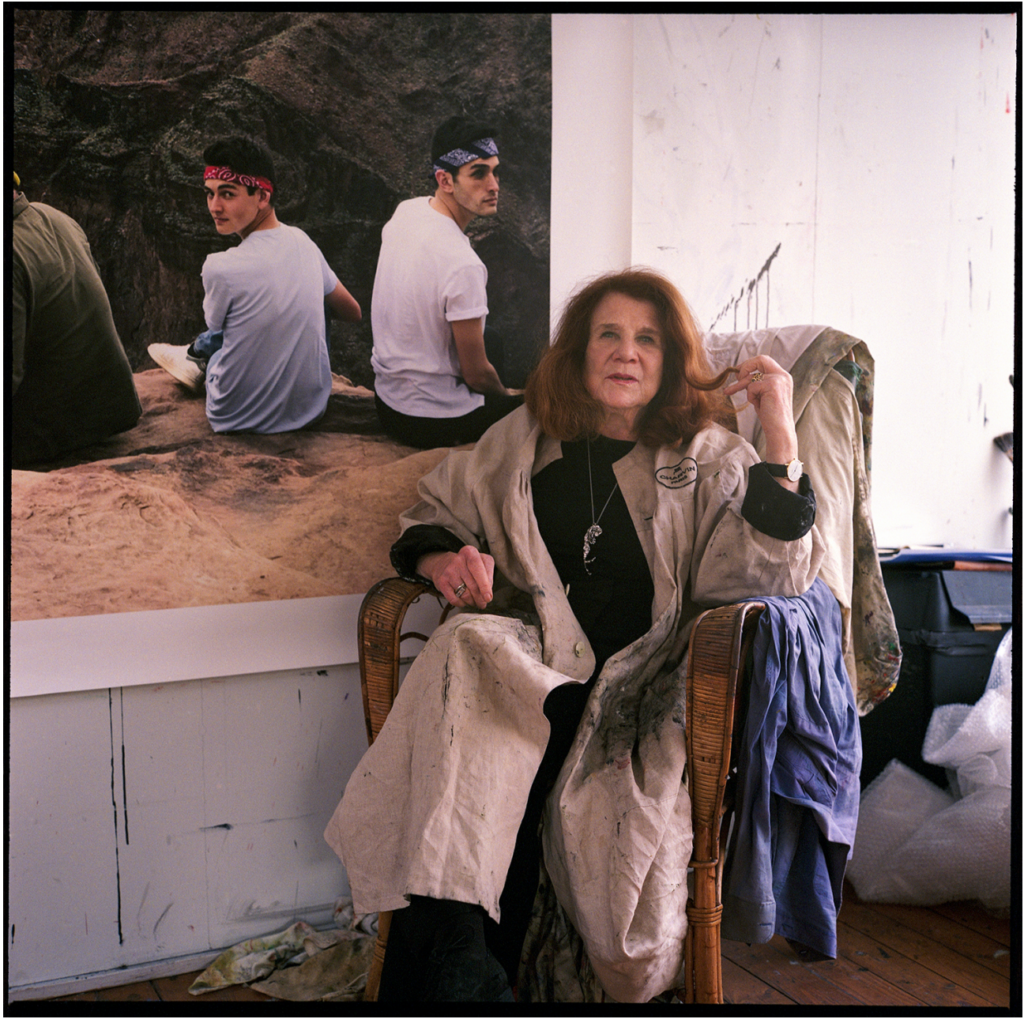 Born in the Netherlands, Jacqueline de Jong (1939) lives and works in
Amsterdam and France. Marked by the COBRA movement, she
participated in the Situationist International. She has explored a wide
variety of mediums and techniques ranging from gestural figurative
painting to jewellery making. After personal exhibitions at the Moderna
Museet in Stockholm (2012) and the Abattoirs Musée – FRAC Occitanie
Toulouse (2018), the Stedelijk Museum (Amsterdam) is currently
devoting a retrospective to her work. Her works are included in public
collections in France and around the world, such as the Cobra Museum
voor Moderne Kunst (Amstelveen), the musée national dʼArt moderne –
Centre Georges-Pompidou, the Bibliothèque nationale de France, the
Museum of Amherst University (Amherst, Massachusetts), the
KunstCentret Silkeborg Bad (Silkeborg), the Lenbachhaus Museum
(Munich), and the Henie Onstad Kunstsenter (Oslo). Her archives are part
of the Beinecke Rare Book and Manuscript Library, Yale University (New
Haven, Connecticut). She is represented by the gallery Dürst Britt &
Mayhew (The Hague) and the gallery Château Shatto (Los Angeles).
Gallien Déjean is an art critic and independent curator. He teaches art
history and theory at the École cantonale dʼart de Lausanne (ECAL) and
at the École nationale supérieure dʼarts in Paris-Cergy (ENSAPC). He is a
member of Treize, a Parisian production, exhibition, and publishing
company. He recently curated the first retrospective devoted to the
English art collective BANK (Self Portrait – BANKʼs Archives & Relics –
1991-2003 at Treize in 2012 and Elaine MGK, in Basel, in 2013). From
2013 to 2015, he curated several exhibitions at the Palais de Tokyo. In
2018, at the Plateau à Paris, he organised the collective exhibit A Study in
Scarlet around the work of Cosey Fanni Tutti. He has published several
books as an author and editor. He is currently at work on a catalogue
about BANK, which will be published by Primary Information, NY (The
Bank Fax-Bak Service).