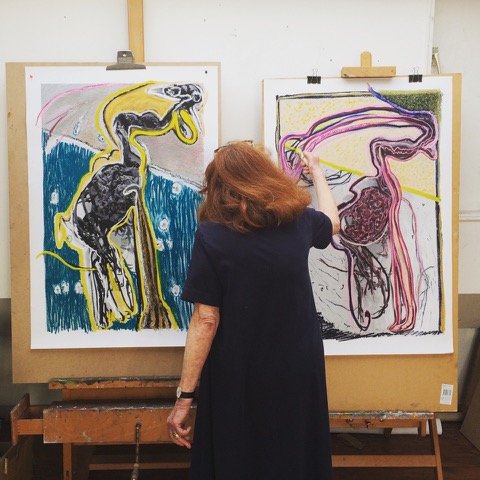 On the occasion of her solo-exhibion at Dürst Britt & Mayhew, we are happy to announce a public interview with Jacqueline de Jong. This event will be our contribution to the Holaa! Festival, an intimate, small-scale art festival in The Hague that takes place from 7 to 9 July.

The interview will be moderated by Katja Weitering, former artistic director of the Cobra Museum of Modern Art in Amstelveen and currently head of exhibitions at Museum Catharijneconvent in Utrecht. She will talk to Jacqueline de Jong about her long and varied artistic practice, which is as powerful today as it was fifty years ago. What keeps her going, inspired and fired up?

“Imagination à Rebours”, the first solo-exhibition of Jacqueline de Jong at Dürst Britt & Mayhew, will be on show until 15 July.

More information about the Holaa! Festival can be found here