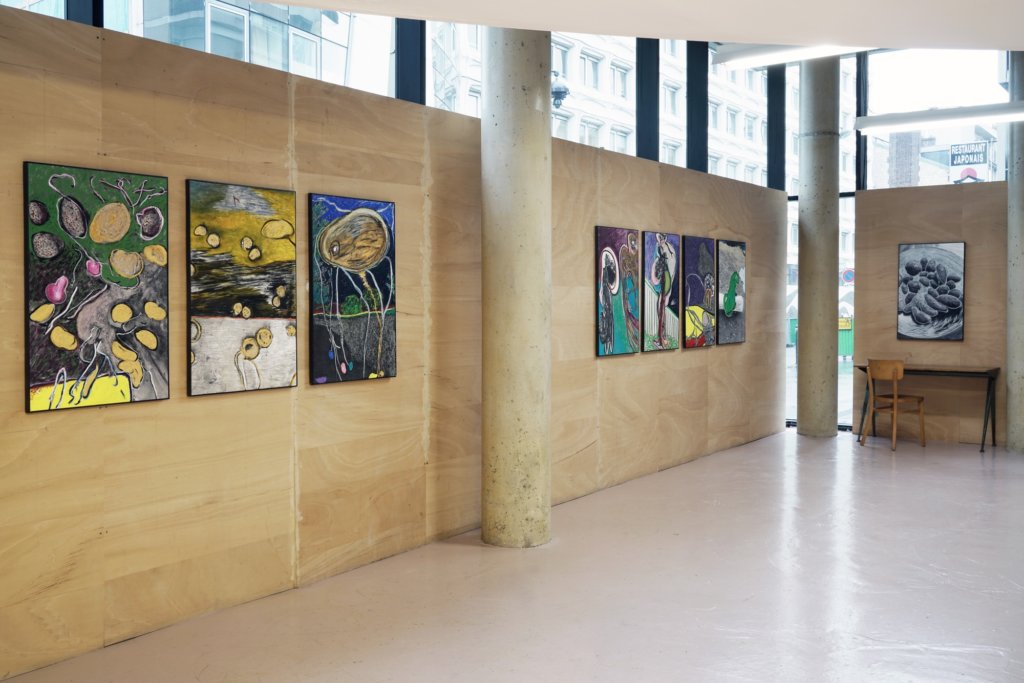 De Jong is notably the female figure of The International Situationists who founded the Dutch Section of the group prior to her exclusion 1962. Following this break, she subsequently initiated The Situationist Times, for which she was editor/publisher from 1962-1967 with the first two issues edited alongside French writer and editor, Noël Arnaud during the artist’s residence in Paris (1961-1971). Consequently, Jacqueline de Jong also exhibited widely following her indefatigable activity as sculptor, graphic artist and painter, an intense career that has now spanned over 50 years.

Following the artist’s statement:
The life of these potatoes or “Pommes de Jong” are grown in the earth of a 13th century cellar in the Bourbonnais in France where there is no sense of time, and dry later on while growing their sprouts. The transformation of these “Pommes de Jong” – from their flowers and bulbes with testicles to dried specimens – are subject to deformation and modification for two years before being ripe for a bath to become objects like jewellery (And now paintings. Note from the publisher) — JdJ

Enlarged, then printed on heavy canvas, the selected pages from de Jong’s onestar press artist book were freely augmented by the artist with oil sticks and nepheline gel. Animals, landscapes and monsters suddenly emerged upon the surface of the paintings.

All paintings: digital printing, oil sticks on canvas, dated and signed on the back. 90 x 62 cm.

Check out the artist talking about POTATO BLUES here

The artist will be present for her opening on February 20, 2017 at onestar press.